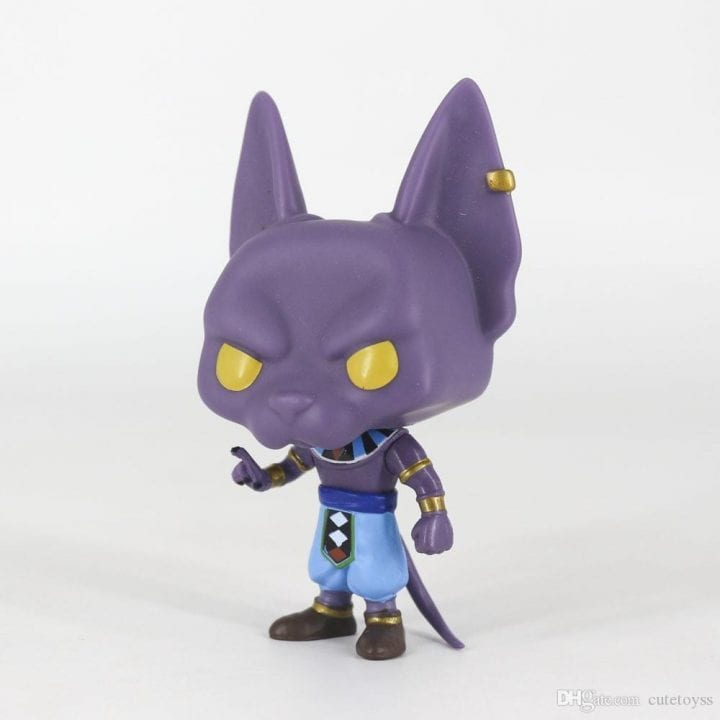 How to Identify the Fake?

• Typography on word "Animation" is too square.
• Circle around the number 120 overlaps the white trim.
• The earring on the fake is level with the top of the head.
• Arms on the fake are too far from the body.
• The belt on the fake also has a glossy finish where the real one has a matte finish.
Sponsored Ad

Just like with many other fake Pop! the first place that you will find discrepancies is in the product line typography. The common places to see these are on the Pop! logo. The “M” in Animation on the authentic Pop! reveals a different typeface than used on a fake. The “M” is more rounded on the edges and the center does not extend all the way to the baseline. The number also reveals subtle differences. The circle will not extend past the edges of the orange border on a real figure like it does on the fake. The fake also has a more easily discernible border around the circle. In these images you can also see the difference in color on the belt that was also apparent on the metallic version of the figure.

The differences noted in the shape of the figures on the Metallic Beerus are also evident on the standard version. The earring on the fake is level with the top of the head, whereas it is up higher on the authentic version. The position of the arms is different, with the fake having a wider stance than the real one. The belt on the fake also has a glossy finish where the real one has a matte finish.