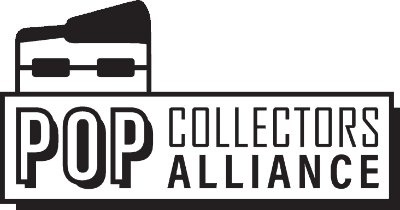 Check out our list of the Pops that go bump in the night. Our lists change regularly so make sure you check back as often as you can. Let us know your favorite Horror Pop! in the comments.

All of us have our favorite horror films or franchises. For some it’s Predators hunting Xenomorphs, a possessed knife wielding My Buddy Doll or a murderous clown missing his lower jaw, well maybe not the clown, but there’s something for everyone. When it comes to horror, Funko managed to capture pop culture’s scariest icons into adorable 3 3/4 inches of collectible gold.

Funko offers a variety or Horror Pop! from Trick R Treat Sam, to Universal Monsters and more lines are releasing every year. Since Halloween is around the corner, I decided to update my Top Ten Horror Pop! List from last year.

Note: This is my top ten list and it may differ from yours but feel free to tell us what you think on Facebook or Instagram.

An honor given to the original gangsters of horror films, where it all began, lands at number ten on the list. Who could say no to Dracula, Frankenstein’s Monster (look it up), the Mummy and Creature of the Black Lagoon? One of the most limited and exclusive items on the list. Released in 2015 and SUPER HARD to find, currently valued at $815 on Stashpedia. 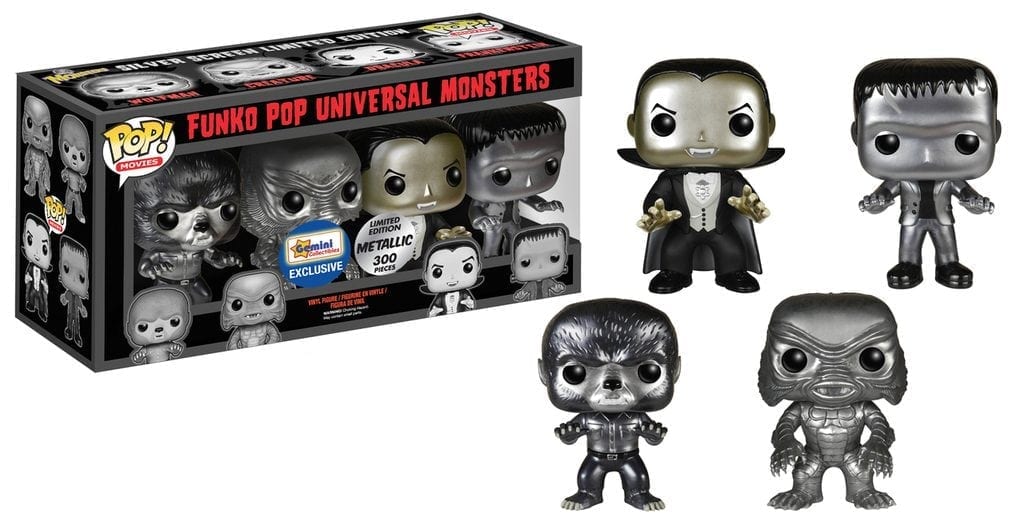 People often place Leatherface on the Mount Rushmore of horror alongside Michael Myers, Jason Voorhees and Freddy Krueger. For that reason alone he must be included on the list. This year Hot Topic decided to release a new variant of Leatherface in their latest horror (not so mystery) mystery box. Some say this ranks as the laziest chase yet but I’ll always take a little blood splatter when I can get some! 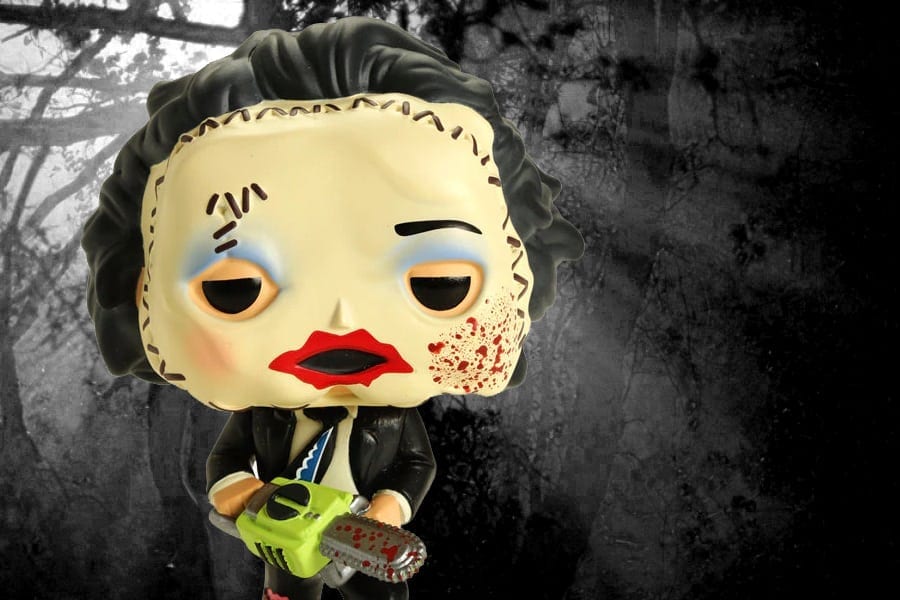 What’s scarier than a psychotic serial killing clown? Maybe Killer Clowns from Outer Space (wink wink Funko). One of American Horror Story’s most memorable villains (even though he didn’t last long) released in 2015 as an SDCC exclusive. There is also a vaulted common masked variant just as creepy as the others. Valued at only $35 on Stashpedia this is surely a horror Pop! every collector should have. 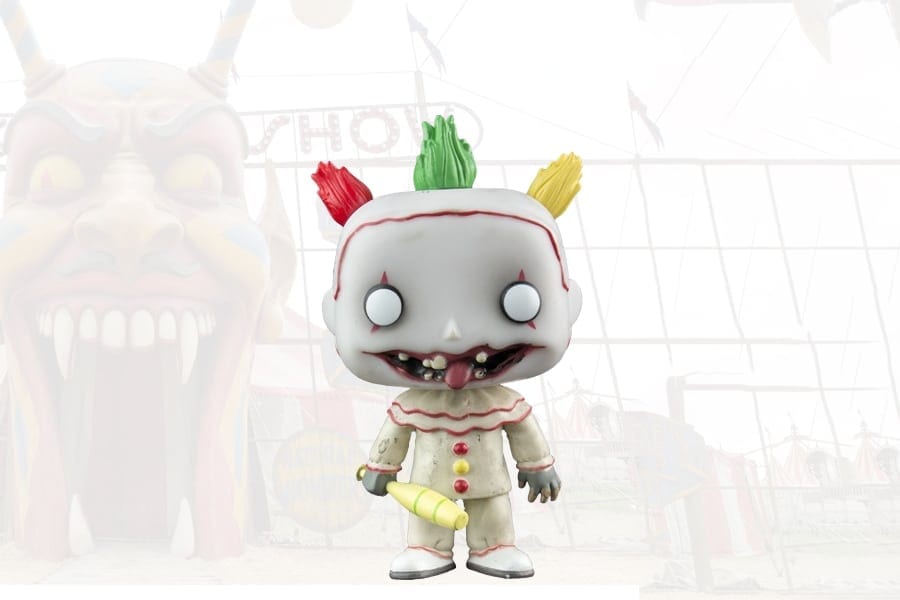 You think clowns are terrifying? What about a murderous sucker wielding demon child that torments its victims before…. you know….. well… ending their story? I completely forgot about Sam last year and it’s my first Horror Pop! I ever purchased and has a special place in my top ten. Sorry about last year Sam, please forgive me. Released in 2014 and now vaulted, Sam is currently valued at $120 on Stashpedia and a more affordable grail option for any horror collector. 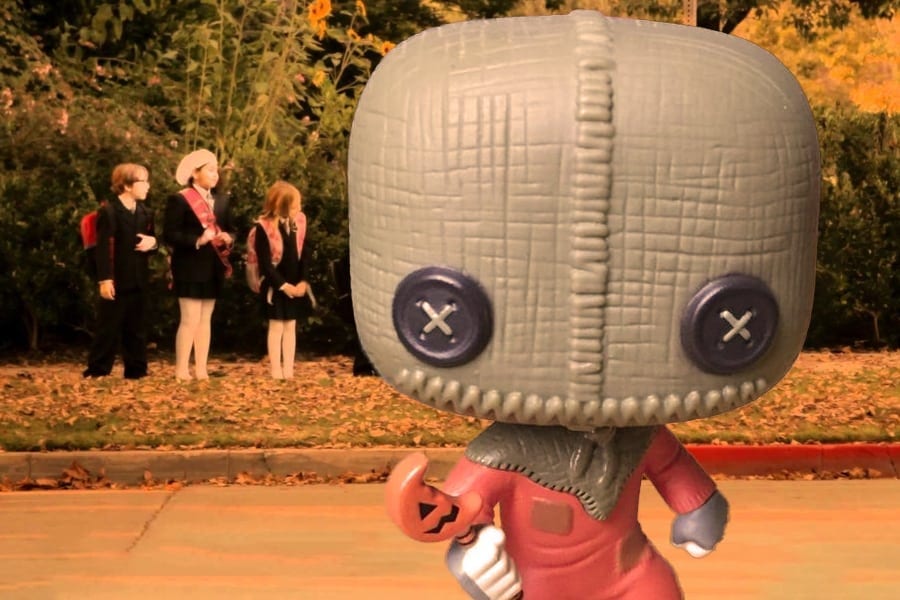 Everyone’s favorite ankle stabbing toddler doll Chucky was released by Funko in 2014. This Blood Splattered version was a Hot Topic exclusive and even included the bloody knife. There were two variants released for this series, this bloody version and a common un-splattered Chucky. Shall we say pre and post-murder versions? With a Pop Price Guide value of $26, he is a more affordable add for your collection. 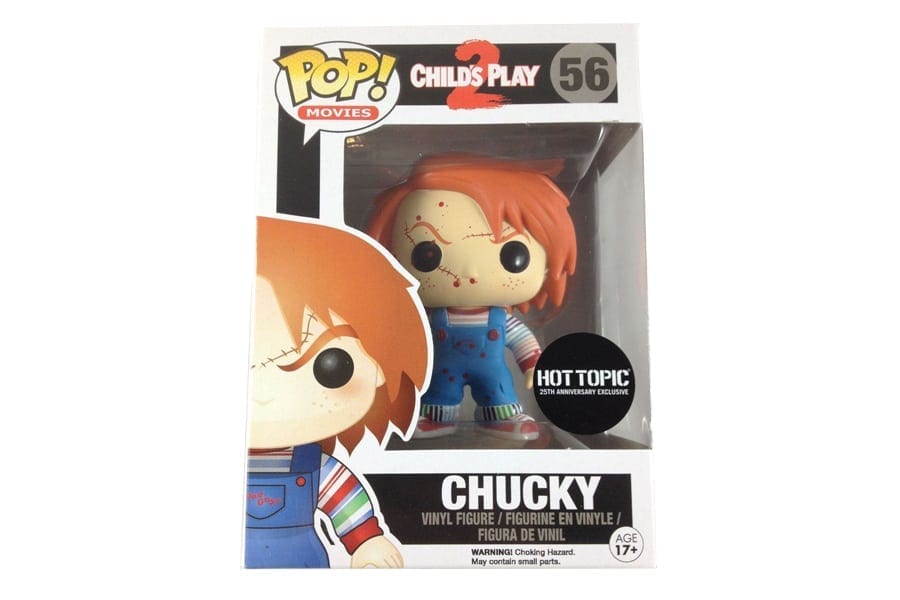 One, two Freddy is coming for you. Freddy Krueger has haunted many children both on and off screen and this unique version is essential to complete any Freddy Krueger collection. Released in 2015 as a Hot Topic exclusive, it’s an addition to the 2011 variant and features Freddy Krueger sporting his syringe fingers. This variant is considered hard to find but comes with affordable price tag at $38. 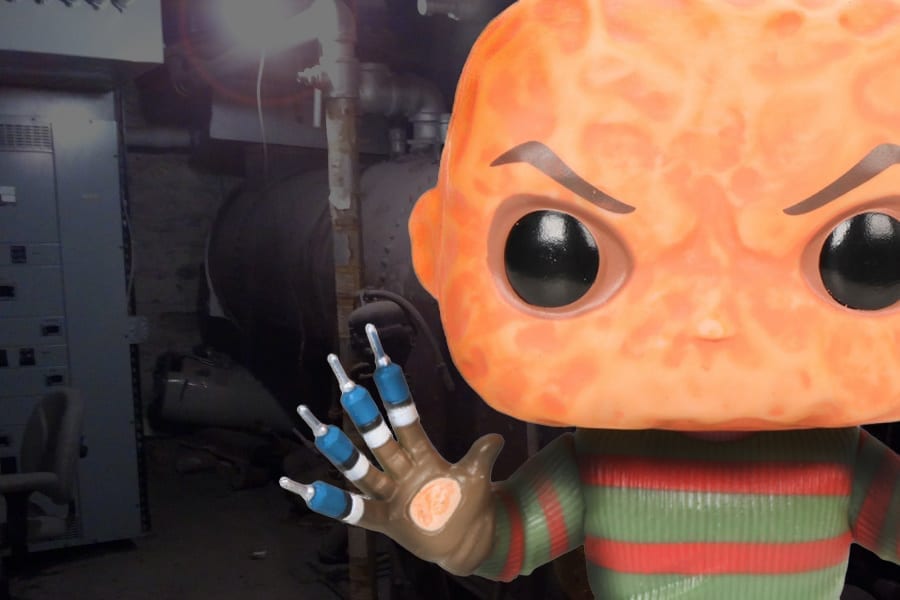 Everyone’s favorite floating clown Pennywise took the Funko horror series by storm in 2017 and continues to do so in 2018. There are currently 10 variations of this Pop! with exclusives at Walmart, Hot Topic and FYE, a vaulted chase variant, and even a Freddy Funko Pennywise from Funko Fundays this year. At $50 this is an “IT” item for every collection (pun intended). 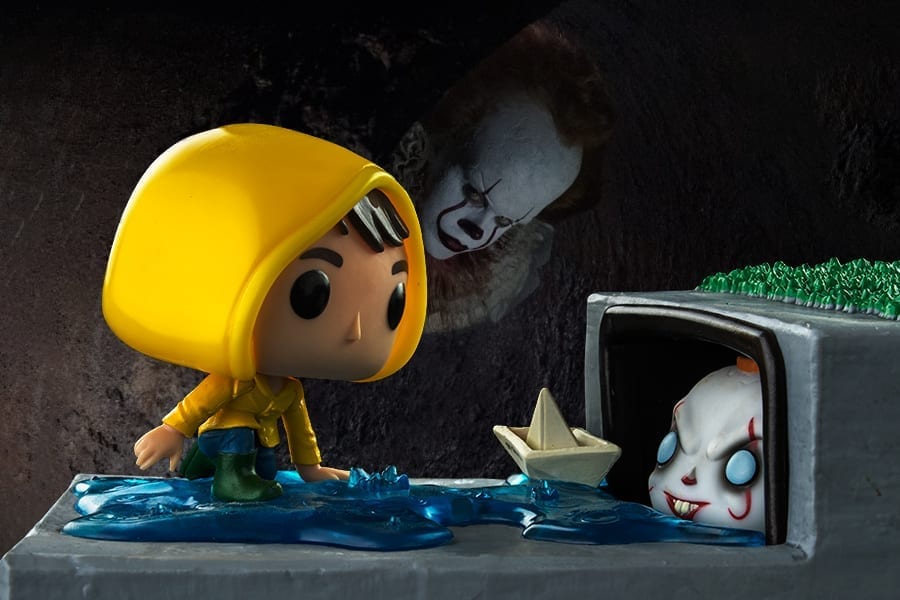 “Come on, kill me, I’m here, come on, Do it now!!!” This is where the countdown becomes a little more expensive, but each remaining Pop! is worth every penny. This bloody Predator variant was released at the San Diego Comic Con in 2013 and comes in both cloaked and regular versions. However, this version was limited to 1008 units and paired with another item on the countdown. Getting this Pop! is both difficult and expensive, valued at $360. 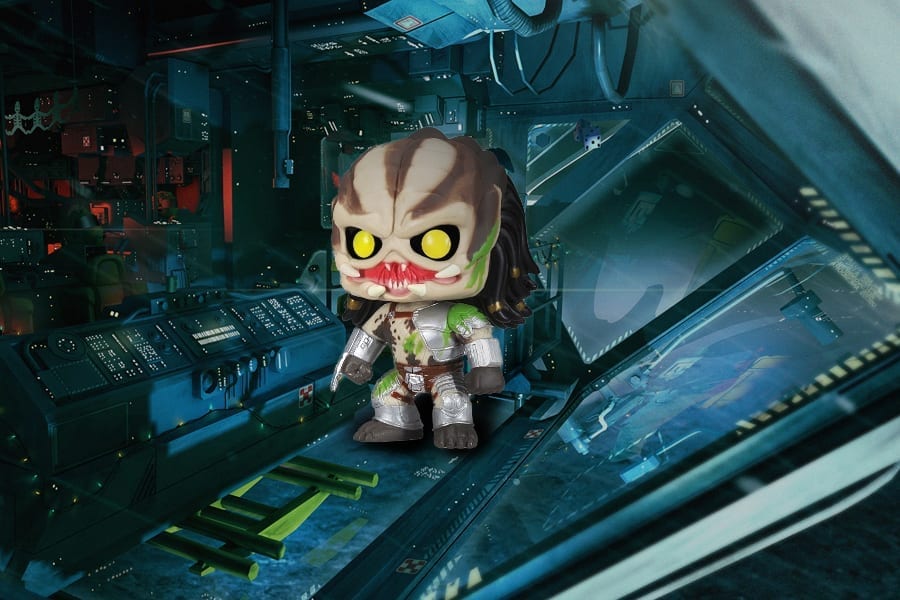 “Game over man, game over.” This green bloodied enemy of the Predator was also released in 2013 at San Diego Comic Con and was limited to 1008 pieces.  Luckily it also comes in a much cheaper non-bloody version. Both the Predator and the Alien are some of the few horror variants selected to be comic con exclusives and are a must-have for the seasoned horror collector. This addition will not come cheap, valued at $360. 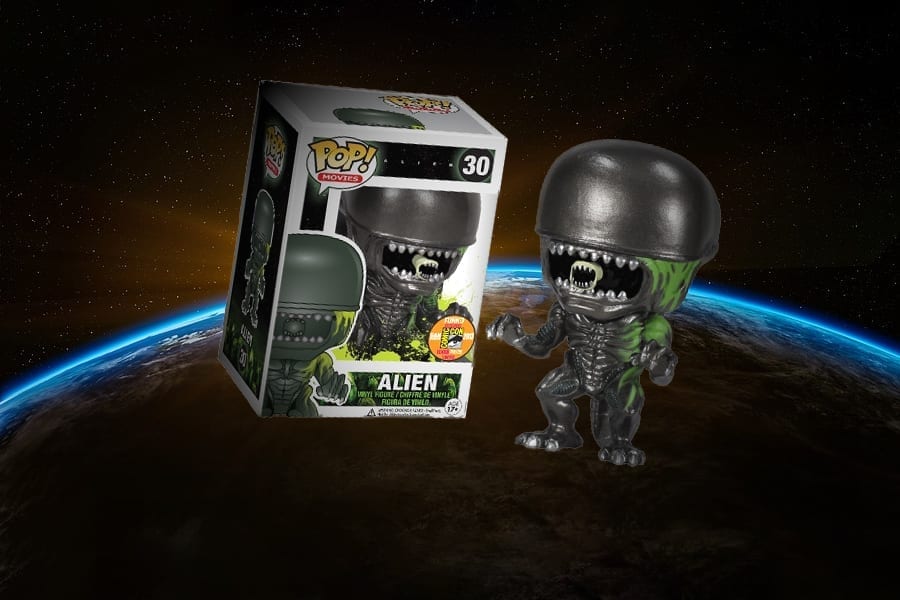 Relatively new to the Funko Horror series, the (Chase) frozen Jack Torrance Pop! is sure to be a cool addition for your horror collection. Released October 2017, this Pop! is offered in two variants, popsicle and a thawed livelier version. Jack in all his frozen madness is now valued at the affordable price of $32 on Stashpedia.

If you’ve seen House of 1000 Corpses, you’ll probably never forget the unlovable dirty clown Captain Spaulding played by Sid Haig. Released in 2014, this Pop! features Captain Spaulding sporting his stars and stripes costume and is the only variant in this series. This is definitely one of the harder to find horror Pops! and a $105 value reflects that.

With a face, not even his terrible mother could love, Jason Voorhees SDCC Unmasked Exclusive tops the countdown. Congratulations to all those unfortunate souls lost at Camp Crystal Lake making this award possible. Released in 2015 at the San Diego Comic Con, Mr. Voorhees was limited to 1008 units and is one of the most sought-after horror pops. If you are lucky enough to get your hands on one these pops, make sure it’s not facing you on the shelf. This tiny bit of ugly isn’t the most expensive item on the countdown, but it is the most awesome valued at $600. 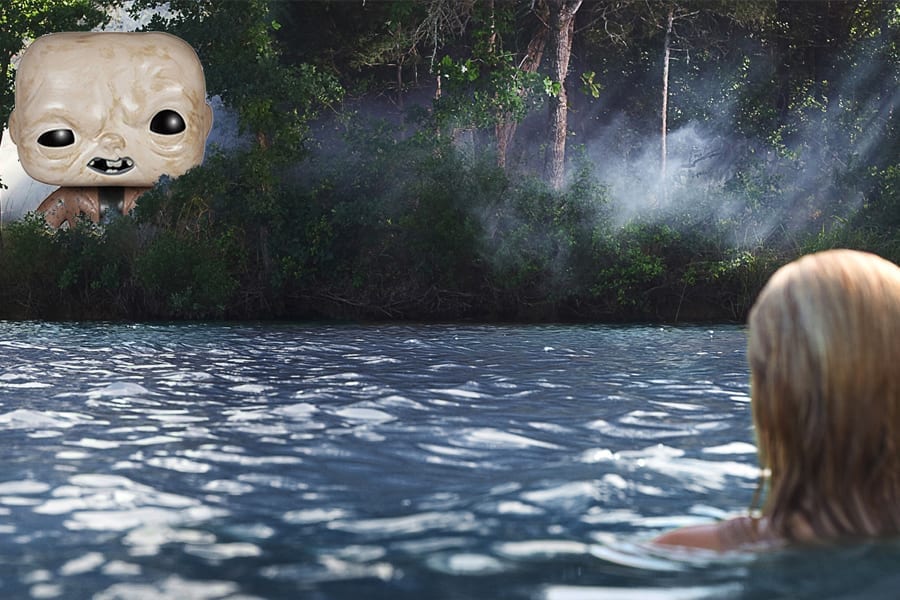 Do you have favorite horror Pop! that wasn’t listed in the countdown or have your own opinion who should be first? Let us know in the comments below. 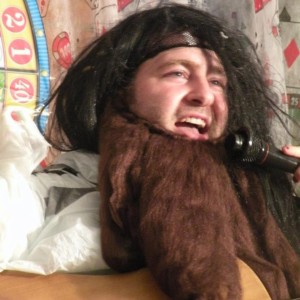